Ready for your FREE Consultation?

Ready for your FREE Consultation?

How to Keep Your Brand in Front of Your Audience

What Do You Want to Know About Marketing?

The rules of engagement in marketing are constantly changing as technology advances and our culture evolves. Consumers search for and consume content and advertisements in a whole new way.

Your audience is no longer sitting and waiting for your ad or message to hit its bull’s-eye. Your audience is a moving target and it is much more difficult to reach and engage that audience with the right message at the right time.

The commercials about “puppy-monkey-baby” don’t always make sense, but they succeed. We laugh at them, wonder if they represent the product best, and consider the branding techniques.

We know and accept that marketing teams work on the Super Bowl commercials with puppy-monkey-baby. Marketing teams play with our minds and subtly manipulate the way we think. We know this.

Effective Visuals: How to Make or Break Your Marketing Message

Did you know that the average human brain can assign a meaning to a visual scene in a fraction of a second?

Nearly 50% of our brain involves visual processing.  Combine the previous statistic with the fact that 70% of our sensory receptors are located in our eyes and you can quickly get a sense for just how important visual cues are when it comes to the marketing message your business is trying to send.

What can business owners learn from NBC’s Olympic mistake?

The first actual “broadcast” of the Olympics happened on closed-circuit television in Berlin, Germany for the 1936 Summer Olympic games, but it took nearly thirty years until the USA followed suit.

In 1960, CBS paid $50,000 for the rights to broadcast the winter games in the USA—which was the first time the games were aired on television in America. Seeing their investment pay off, CBS doubled down in that same year for the Summer games by spending a whopping $394K (an estimated $3.15 million in today’s dollars) to obtain exclusive distribution rights for the summer games in the USA. 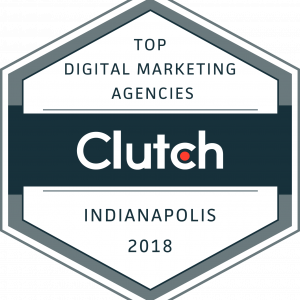 Has Your Business Been Impacted by COVID-19?

Schedule a free 30-minute consultation, and we’ll help you uncover creative ideas to stay in front of your customers and ways to welcome them back once this time of economic uncertainty has passed.

Schedule My Consultation
Has Your Business Been Impacted By COVID-19?
Learn How We Can Help!